Attack of the Clone Towns 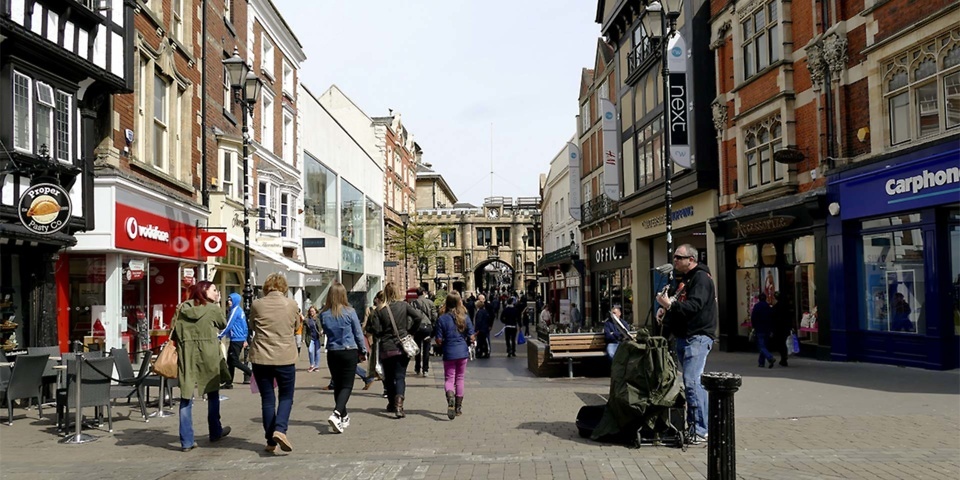 This article was originally published in July 2018 – way before pre-pandemic.

In the last few weeks, I’ve walked down the “high street” in a number of towns and it struck me how cloned it was.  Have you noticed that Britain’s high streets are very samey?

We are living, apparently, in “Clone Town Britain” – with Exeter as its capital – according to the New Economics Foundation (NEF).

I came across this story back in 2004 where residents in Louisville, Kentucky started noticing black and white billboards dotted all over town – They read, simply: “Keep Louisville Weird”

The official story behind the KLW motto didn’t come out until almost a year later. By then, the media couldn’t wait to cover it.

The billboards were placed by an informal coalition of independent Louisville businesses – a protest at ‘starbucksification’, sparked by the sale of Hawley-Cooke, Louisville’s largest independent bookstore, to Borders in 2003.  (Ironically Borders went into administration after many years of troubled trading.)

If you click the Members Directory link on the KLW website in June 2018, you’ll see the coalition now numbers over 934 independents.

There is a UK version of sorts, “Small Business Saturday” – however, from my perception it seems to limit itself to one day a year and is a national campaign which I feel lessens the impact of localisation.

I recognise that there is a huge problem with spiralling business rates and rents which successive governments don’t seem to have got under control and are crippling not only the independents but killing many chain stores.  Sadly we have seen many famous household names gone into administration, and many will be saying what chance independents have in surviving the cut throat world of retail in a dominant online environment.

I’m of the firm belief that independents can survive if they meet the ever changing needs of consumers.  Independent retailers need to continually raise their game and look to innovate continually.

In fact, it was pleasing to note that according to Retail Gazette in March 2018, there are soaring numbers of independent stores opening compared to chain stores which are closing in rapid numbers.

Yes there are high business rates – apologies for going political here, but what are the government doing about this?  There is also expensive parking on the high street – surely the local authorities can take a sensible and pragmatic approach and support their local businesses?  Not forgetting the out of town retail parks – have you ever seen an independent store?

It’s easy to blame outside factors for the current problems in the retail sector – however I find that if you understand what your customer wants with a personalised customer service, something that the vast majority of chain stores don’t do, independents can survive and thrive!

Professor Heiner Evanschitzky, a retail management expert at Aston University believes that there is actually plenty of scope for independent retailers. So long as they focus on local market conditions and offer excellent customer service, small shops can stand out on the high street for all the right reasons.

“People love to shop with independents but they have to remember they just cannot compete on price and range,” he says.

“Where small retailers can make a big difference is knowing their customer. Big retailers will know what the national average wants, but that doesn’t always apply to every market. So small retailers can ask shoppers what they want and then deliver it with great service that sets them apart from a chain.”

If you’re an independent retailer, you shouldn’t wait for the government to intervene. Instead, rally other local small business owners. Start a campaign, help each other, and patronise other independents, just like the businesses and residents in Kentucky.

So, I end this article with the hope that my home town Borehamwood becomes “weird”!

Jeremy Freeman is the CEO of Business Brainbox. Jeremy has over 25 years experience in Marketing & Business Development. He has a huge wealth of skills ranging from traditional (offline) and digital marketing to business strategy and planning.

Reach out to us for a free business review.

If you're not getting the traction you want, or your revenue is flat, we should probably talk.